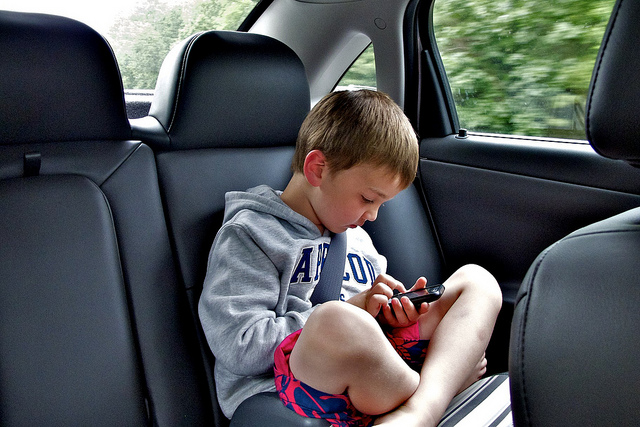 So we’ve all been there…at the restaurant watching the couple sitting next to us, on their phones instead of interacting with one another. The person walking in front of us, on their phone, oblivious to what’s going on around them. Sending a text that cannot wait or reading an email that is so urgent it must be read while walking. I’m certainly guilty of that. The use of electronics has become a dominant force in our lives and social media sites have become nearly inescapable.  New sites are popping up all the time: Facebook, Instagram, Snapchat, Twitter, Cyberdust, to name a few. Cell phones, iPads, iPods, computers, Kindle, and Xbox are common access points.

While we are all aware of the some of the negative effects of social media (bullying, health issues, etc), the social media landscape does have some prosocial benefits. Social media offers some good information about health and wellness. It offers a forum to learn and practice interpersonal relationship skills. When used correctly, social media can actually enhance connectedness, knowledge, and overall health. Media devices (for most teens it is the phone) have become a sort of lifeline to their friends and family.

Here are the facts:

The American Academy of Pediatrics recommends less than 2 hours per day on any screen that is not being used for school or work.

You and/or your child will be asked about screen time during well-child visits because of the above. We know that too much of anything can cause problems, and screen time is no exception.   If kids are spending the majority of their time outside of school on an Xbox or an iPad, they are not active. Obesity is a major public health problem exacerbated by too much screen time. This is primarily because if kids are buried in a screen, they are not physically active. Sleep disruption is also a common side effect, especially when used just before bed.

While little kids are not using social media (hopefully), the appropriate use of electronics is an important component to healthy childhood development.  This education starts at a very young age. Many of us have used a smartphone to keep our kids occupied. My kids love my phone. The limitless access to apps has created a temporary distraction for our little ones, allowing us to have an uninterrupted conversation with another adult. Some of these apps are even educational.   What gets us into trouble is when these devices are used as a built-in babysitter. Kids learn appropriate social behavior via social interaction. Learning how to behave in public, at a restaurant, at a doctor’s office, is an essential part of social development. Parents setting clear limits with kids and appropriate consequences as a result of inappropriate behavior are essential to this learning. If a kid is buried in a game, they are not observing. They miss out on essential social cues associated with healthy human interaction. So what do we do? Limit time on these devices for both you and your children. Have you ever had a conversation with someone who is only half-listening because they are on their phone, looking at their phone, typing on their phone? It certainly does not send a message that what you have to say is important.   If your child is talking to you, look at him. Make eye contact. Listen to him. Send him the message that what he has to say is important. This also models for him to do the same when others are speaking to him.

Most sites have strict age limits. The age limit for Facebook is 13, as are Snapchat, Twitter, Instagram, and Cyberdust. The age limit for Yikyak is 17. This is because the ads on these sites are geared toward these ages and older. To allow your 11 year-old on Facebook is like allowing your 11 year-old to hang out with 16 year-olds. At the outset of social media use, teach your child proper etiquette, including what’s appropriate and what’s not, when posting online. When media devices are considered a privilege, and not a right, it allows us to have some control over their use. Kids should earn their screen time and if they are not meeting the expectations at home (chores, respect) or in school (grades), loss of screen time may be a consequence.   Set ‘curfews’ for mealtimes and bedtimes. Keep all electronics out of bedrooms at night. Identify a hub in your hallway or kitchen where devices need to go before bed. Most importantly, model for your child. If you are telling your child to unplug during dinner, don’t keep your phone on the dinner table checking your own texts.

“Should I be my child’s Facebook Friend?” Yes. If your child won’t friend you, it’s a sign that something isn’t right. With this in mind, be considerate of the fact that this is where kids socialize and where they connect together today.   Catherine Steiner-Adair, Clinical Psychologist and author of The Big Disconnect: Protecting Childhood and Family Relationships in the Digital Age, gave a great analogy. You should keep an eye on what your kids are doing on social media in the same way that you would monitor a teen party in your basement: you check in from time to time. Your child would be mortified if you hung out at the party as a guest, chumming it up with their pals, watching their movie with them on the couch, in the same way that they would be mortified if you commented on their friend’s Facebook post, or if your called their friend’s mother because you didn’t like a photo she posted. Kids need their space, but it is your job to keep it safe. If there is something you see that you don’t like, talk to your child privately, not publicly.

It’s an interesting time to raise our children, in this age of electronic communication. While the forum may be different, some core developmental issues of bullying, popularity and status, depression and social anxiety, risk-taking, and sexual development are the same. Online or offline, communication between you and your child is the key.

Share "Where To Draw The Line In Today’s Electronic World"

Home » Spring is here! » Announcements » Where To Draw The Line In Today’s Electronic World

We are nearly 2 weeks into the changes implemented due to the COVID19 epidemic and want to update ev...