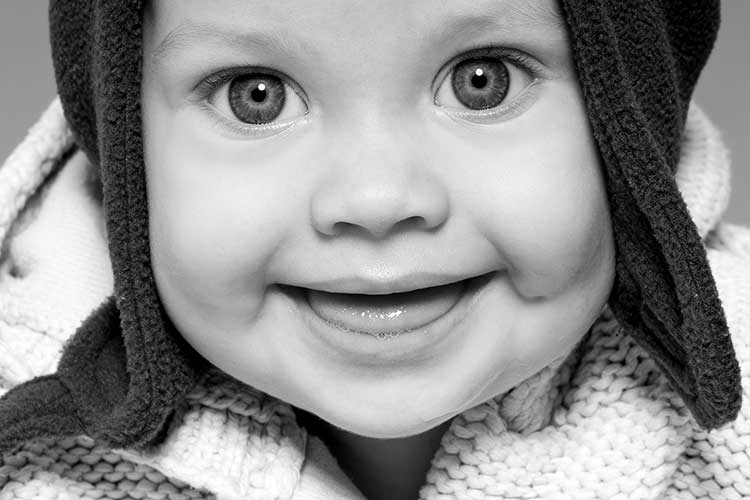 After the first bath, your newborn will normally have a ruddy complexion from the extra high count of red blood cells. He can quickly change to a pale- or mottled-blue color if he becomes cold, so keep him warm. During the second week of life, the skin normally becomes dry and flaky. This guideline covers seven rashes and birthmarks. Save time by going directly to the one that pertains to your baby.

More than 30% of newborns develop acne of the face, mainly small red bumps. This neonatal acne begins at 3 to 4 weeks of age and lasts until 4 to 6 months of age. The cause appears to be the transfer of maternal androgens (hormones) just before birth. Since it is temporary, no treatment is necessary. Baby oil or ointments will just make it worse.

Most babies have a rash on the chin or cheeks that comes and goes. This is often due to contact with food and acid that has been spat up from the stomach. Rinse the baby’s face with water after all feedings or spitting up episodes. 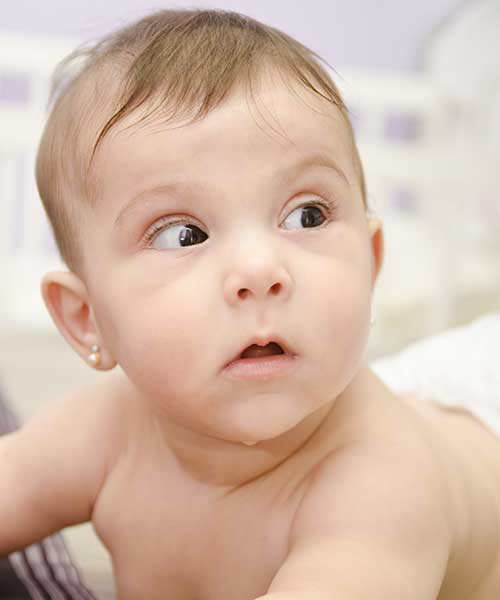 Other temporary rashes on the face are heat rashes in areas held against the mother’s skin during nursing (especially in the summertime). Change your baby’s position more frequently and put a cool washcloth on the area. No baby has perfect skin. The babies in advertisements wear makeup.

More than 50% of babies get a rash called erythema toxicum on the second or third day of life. The rash is composed of 1⁄2 – to 1-inch red blotches with a small white lump in the center. They look like insect bites. They can be numerous, keep occurring, and be anywhere on the body surface. Their cause is unknown; they are harmless and resolve themselves by 2 weeks of age (rarely 4 weeks).

If delivery was difficult, a forceps may have been used to help the baby through the birth canal. The pressure of the forceps on the skin can leave bruises or scrapes or can even damage fat tissue anywhere on the head or face. Skin overlying bony prominences (such as the sides of the skull bone) can become damaged even without a forceps delivery by pressure from the birth canal. Fetal monitors can also cause scrapes and scabs on the scalp. The bruises and scrapes will be noted on day 1 or 2 and disappear by 1 to 2 weeks. The fat tissue injury won’t be apparent until day 5 to 10. A thickened lump of skin with an overlying scab is the usual finding. This may take 3 or 4 weeks to resolve. For any breaks in the skin, apply an antibiotic ointment (over-the-counter) 4 times a day until healed. If it becomes tender to the touch or soft in the center or shows other signs of infection, call our office.

Milia are tiny white bumps that occur on the faces of 40% of newborn babies. The nose and cheeks are most often involved, but milia are also seen on the forehead and chin. Although they look like pimples, they are smaller and not infected. They are blocked-off skin pores and will open up and disappear by 1 to 2 months of age. No ointments or creams should be applied to them.

Any true blisters (little bumps containing clear fluid) or pimples (especially of the scalp) that occur during the first month of life must be examined and diagnosed quickly. If they are caused by the herpes virus, treatment is urgent. If you suspect blisters or pimples, call our office immediately.

A Mongolian spot is a bluish-gray flat birthmark found in more than 90% of Native American, Asian, Hispanic, and African-American babies. Mongolian spots occur most commonly over the back and buttocks, although they can be present on any part of the body. They vary greatly in size and shape. Most fade away by 2 or 3 years of age, although a trace may persist into adult life.