Below you will see the most recent graph showing flu trends in New York State.  We were on a downward trend until the past few weeks when we started seeing an incline in influenza B.  This is typical for the flu season with the majority of flu cases in the beginning of the season being flu A and the end of the season being flu B. They both act the same as far as symptoms with the exception that with people with flu B sometimes having more GI symptoms (stomach upset, vomiting). 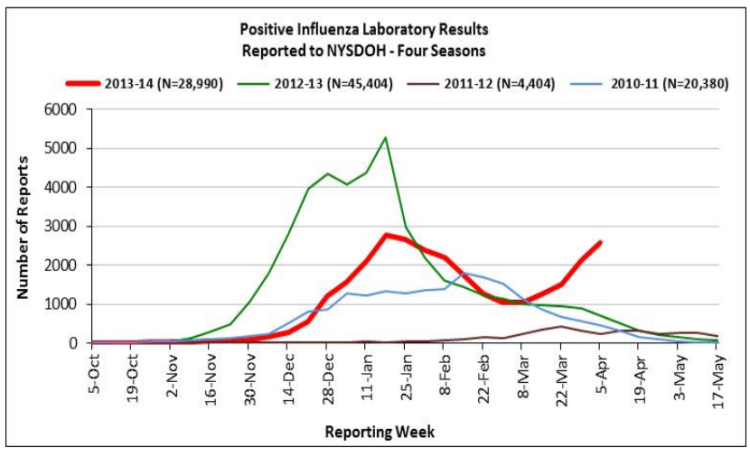