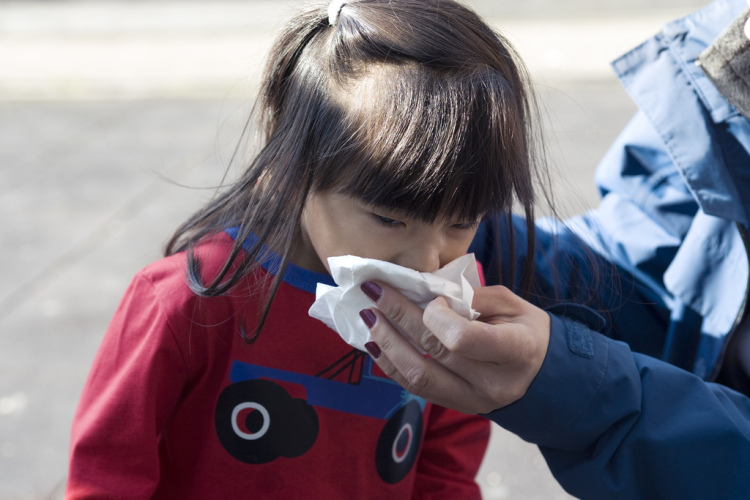 It’s September which means back to school, and also back to germs and illness season.  Although we certainly see virus’s and colds thru out the summer, it pales in comparison to the amount we see in the fall and winter months.  With these illnesses comes the age old question that parents and clinicians alike battle with:  Does this child need an antibiotic?  The overwhelming answer is usually no and it’s important for parents and prescribers alike, to understand what we are doing by over-prescribing antibiotics when they are not necessary.

When penicillin antibiotics were first introduced in the 1940s, they were touted as miracle drugs.  And to that, they really were.  Diseases like pneumonia, meningitis, scarlet fever, “childbirth fever” which killed mothers who had just given birth, bone and skin infections, diphtheria, whooping cough, tuberculosis, and smallpox all were considered lethal before antibiotics.  We saw infant mortality rates plummet.  In 1850, 1 in 4 American babies died before their first birthday, today, only 6 in every 1,000 babies have the same fate.  Most of this improvement can be attributed to antibiotics (amongst other modern medical advances including vaccines).  Antibiotics worked so well and so efficiently (with little side effects in comparison to the deadly alternative disease processes), that antibiotic use skyrocketed.  But now, some 70 years later, we are seeing the side effects of the overuse of antibiotics.

Bacteria are smart and ever evolving organisms. They have learned how to change and become resistant to our routine antibiotics.  Methacillin Resistant Staph Aureus, otherwise known as MRSA, is a classic example of this.  Staph Aureus is a bacteria that, for the most part, lives happily on our skin, mouth, nose, etc.  This is called colonization.  They don’t bother us and we don’t bother them.  Although, there can come a time when Staph can make its way into a cut or wound and cause an infection.  These infections can be treated with penicillin or cephalosporin based antibiotics and the infection resolves.  But the problem lies in the fact that we have used so many antibiotics, the majority of them unnecessarily, that this Staph Aureus has become resistant toward conventional antibiotics, and has developed a resistant Staph cousin named MRSA.  Most uncomplicated cases of MRSA can be treated with different classes of antibiotics (ex:  Bactrim, clindamycin), but more severe, invasive forms of MRSA infections, like those in the bloodstream or after a surgery, can be harder to treat, more resistant, and potentially deadly.  MRSA is just one example of many, of bacteria evolving and becoming resistant to our existing antibiotics.

So drug companies just need to get their scientists on board and work on finding newer antibiotics to compete with the new resistant bugs, right?  There’s a problem with that too.  As it stands now, resistant bacteria are multiplying faster than we can develop new antibiotics to treat it.  In a fascinating book by Dr. Martin J. Blaser entitled, Missing Microbes, he states:  “In the early days of antibiotic discovery, scientists generally stayed ahead of this curve by regularly developing new drugs.  But now the pipeline is drying up.  The ‘easy’ antibiotics have already been discovered. … It is not profitable for companies to go to the trouble and enormous expense of developing new antibiotics, especially if they don’t have broad application … A drug that only a few thousand people need each year and that will be used for only a few weeks can’t be developed under our current economic models.”

To slow this scary resistance trend, something needs to be done.  And both clinicians and patients can make this change.  First, we as prescribers need to spend the time explaining to patients when and why antibiotics aren’t necessary.  It can be much easier to hand a prescription for amoxicillin to a parent and be on our way to the next sick visit.  It takes much more time and convincing to explain to a concerned parent why their child doesn’t need an antibiotic.   But it’s the right thing to do.  Secondly, parents and patients need to not put pressure on prescribers to give an antibiotic.  Seeing your child ill and suffering is never easy.  I get it, I’m a mom.  But the fact of the matter is that antibiotic or not, your child has a significant chance of getting better on their own.  And if that’s the case, giving an antibiotic will not only harm them, but also the community down the road.  Resistance doesn’t just lie in the person getting the antibiotic.  It lies in the entire community as bacteria tends to spread and talk to each other.

When do we NOT need antibiotics?

The answer to that is most of the time.  But here are some facts to back that up:

Cough – The most common cause of antibiotic abuse is “acute bronchitis”.  This is the cough that can last on average, 1-2 weeks and sometimes up to a full 3-4 weeks before completely resolving.   More than 80 percent of upper respiratory tract infections (called URI’s, colds) can be tracked back to a virus.   The exceptions are when a cough is due to a pneumonia, pertussis (whooping cough), or mycoplasma (“walking pneumonia” or atypical pneumonia).  At Legacy Pediatrics, we have the advantage of having a lab on site that can differentiate between these classic viral or bacteria causes of cough.  Taking a small sample of blood from your child’s finger can give us data to make a better decision on whether an antibiotic is necessary.   We also have the ability to do a nasal swab for pertussis and get results from the lab within days.

Runny nose/ “sinusitis” – As anyone with kids knows, you can pretty much count on chasing them around with tissues for almost the entire winter.  A statement we hear a lot is “I think they have a sinus infection.”  So here are some statistics that show how infrequent a bacterial sinusitis is.  According to the IDSA (Infectious Disease Society of America), “Nearly one in seven people are diagnosed with a sinus infection each year.  Although sinus infections are the fifth leading reason for antibiotic prescriptions, 90 to 98 percent of cases are caused by viruses, which are not affected by antibiotics.”  Current guidelines state that patients with acute bacterial sinusitis will usually present with one of the following three clinical scenarios:

So with all of this being said, it is not meant to discourage a parent from bringing in their child to see us.  I have heard parents apologize when I tell them their child has a viral illness and also I have heard parents say they feel like it was a wasted visit to come in and be told there’s nothing to be done to fix their child.  We are here to make the best possible choice in making your child feel better in the safest way possible.  And some times, that means letting nature run it’s course.  Just don’t beat us up or be discouraged when we say what we do most of our day – “it’s viral”.